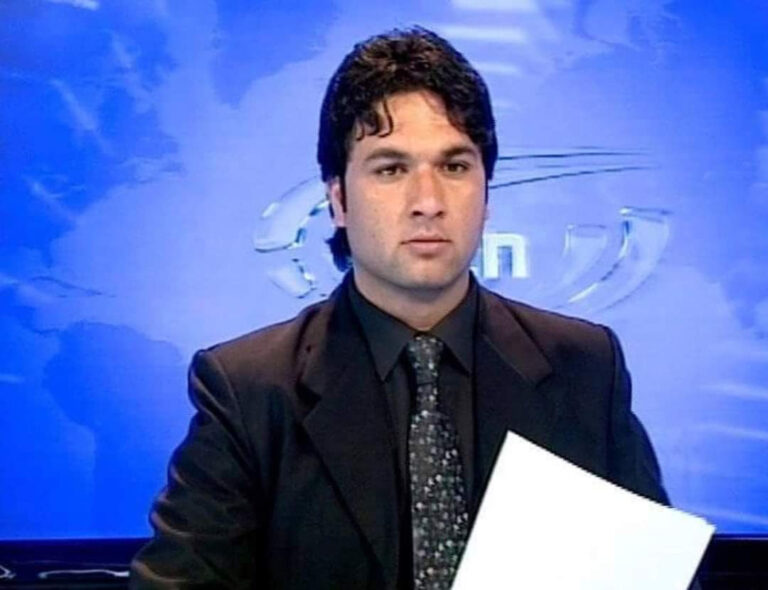 TV presenter Hamid Saighani was killed in an explosion in Kabul on November 13, 2021.

The Taliban on Friday meanwhile announced the appointment of Qari Baryal as Governor of Kabul. Baryal is a Taliban commander with links to al-Qaeda. He’s known for targeting and detaining foreign journalists while deploying suicide squads to achieve his aims. Baryal is taking over the governorship of a city in which bank assets continue to be frozen, in a country where the World Food Programme lead David Beasley estimates 95% of Afghan households will be below the poverty line through winter.

The situation is boiling into the world’s worst humanitarian crisis. Action taken now to evacuate those most at risk of reprisal in such extreme circumstances would help avoid further deaths.

JHR is continuing to see progress evacuating journalists and their family members from Afghanistan. The same week the father of one of the journalists we are working with died in Kabul of wounds sustained in detention at the hands of the Taliban, we were able to get his son and three other colleagues to relative safety. A total of 275 is now out, of JHR’s original list of 450 journalists and family members. Of those, 30 have been cleared to travel on to Canada, and 70 have safely arrived on our shores. That leaves 175 who are stuck in third countries with an unclear onward path, and of course another 175 who are still stuck in Afghanistan.

There are many schools of thought currently as to how Canada and Canadians can best address this wicked problem. Below are some of JHR’s.

1) Expand the cap on the number of Afghans who can come to Canada. There are moral reasons to do this (Canadians saw active duty in Afghanistan that engaged Afghans and put many of them at risk) and public opinion is in favour (every poll from Focus Canada to Maru indicates public support for the successful evacuation and resettlement of large numbers of Afghan evacuees). Given the overwhelming volume, and conclusive public support, expanding the cap is the right thing to do.

2) Support the NGOs that are doing the work to evacuate eligible Afghans safely and legally. Do this with funding for international air travel and related life support, alongside emergency stipend support for Afghans within Afghanistan. JHR and the veterans groups have received some government support to help facilitate safe, legal evacuations through Global Affairs Canada, for which we are very grateful. But given the numerous restrictions on how those funds can be used, we also need to find additional funding at scale, whether private or public, to help evacuate those who qualify for Canada as quickly as possible while mitigating the pain for those still stuck. Right now, the vets group is issuing blankets to the Afghans they served alongside, people they raised millions of dollars to help but then had to evict from safe housing November 5. Too many of those Afghans’ winter options are now a tent in a park in Kabul. Let the implications of that situation sink in, and Canadians, let’s do something about it.

3) Deploy a version of the Syrian solution for declaring Afghans refugees once outside the country and referring them on at scale onwards to Canada, but do it somewhat differently, grounded in learning from the Syrian experience. JHR is proposing an innovation: empowering the NGOs doing this evacuation work to act as a referral network, vetting and triaging those Afghans they can vouch for and who make it safely outside of Afghanistan. This would create a clear pathway onwards for those who fall into what the government was in August calling the PP3 Humanitarian stream, prioritizing the resettlement of women leaders, LGBTQ+, journalists, human rights defenders, persecuted minorities and other vulnerable groups provided they could get out of Afghanistan first.

4) Work with Sponsorship Agreement Holders, resettlement agencies, and, if the option becomes available, form Groups of Five private citizens to facilitate private sponsorship of Afghan families at the needed scale.

JHR and the veterans’ groups have developed safe, legal, proven means of getting Canada-eligible evacuees out of Afghanistan at scale. The above ideas help make best use of that capacity and address how best to meet the moment.

Despite the ongoing challenges, this moment, ironically, represents an opportunity for Canada to lead on refugee resettlement on the global stage. We’ve done this before, with the Syrian effort, and we can do it again. The rationale for action for Afghan evacuees is even clearer than that for Syria; Canada saw active duty in Afghanistan over 13 years, the longest war in Canadian history. That engagement, and the intense relationships and connections formed through it, represent a moral obligation to those left behind, and a basis for action.

The above aside, what’s abundantly clear, from the tragic news at the top of this note, is that we need to act quickly and decisively. People, in particular journalists, are dying, the situation is unspooling rapidly, and we are running out of time. We need all hands on deck to get those likely to be targeted in such an extreme situation to safety.

To support JHR’s work in this regard, please consider a donation to our Evacuate Journalists from Kabul fund.