JHR Ambassadors are selected for unique qualities of outstanding leadership, high personal and professional integrity, and moral authority. They exemplify the principles that Journalists for Human Rights stands for: ensuring that everyone in the world has a better understanding of their human rights. They raise awareness of JHR’s mission: to mobilize media to change lives. 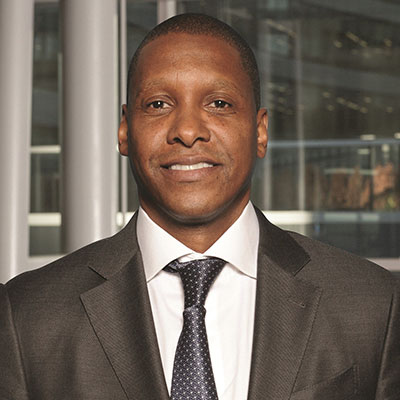 Masai is the President of the Toronto Raptors, and led the team to their best season ever during the 2015-16 campaign. Last year, Masai Ujiri was signed to a long-term contract extension as team president to continue overseeing all facets of basketball operations.  In his three seasons at the helm of the Raptors, the club has won three consecutive Atlantic Division titles, recorded the franchise’s first 50-win season in 2015-16 (56 victories) and compiled a 153-93 (.622) regular season mark.

Ujiri became the first African-born GM in the NBA when he was hired to run the Denver Nuggets’ basketball operations department in 2010. A native of Nigeria, Ujiri brings tremendous knowledge and extensive global connections to the Raptors front office. He played professionally in Europe for six years, with stops in Belgium, Germany, England, Greece and Finland. He has scouted all over the world, including Europe, Africa, Asia and South America.

Ujiri has also managed and coached the Nigerian junior and senior national teams.

On a humanitarian level, Ujiri has been tireless in his efforts to inspire and create opportunity for youth in Africa through the game of basketball with his program ‘Giants of Africa’. In Canada, he recently visited La Loche, Saskatchewan to help the community heal following a shooting at the Dene Building of La Loche Community School. He followed up the visit by hosting 10 students and two school staff in Toronto to help them aspire to ‘Dream Big’. He has also served as the director of the NBA’s Basketball Without Borders program since 2002. Ujiri has lent his support to Journalists for Human Rights for the past three years in his role as co-chair for its annual fundraising gala.

“The positive impact of the training from Journalists for Human Rights has been very encouraging,” said Ujiri, “and I am honoured to be able to lend my support to their important work in any way I can. ‎”Africa has the potential to become one of the greatest continents in the world and the work of JHR will play an important role in making that dream a reality.” 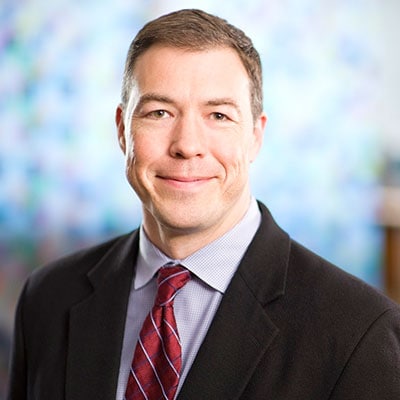 As head of Global News, Troy Reeb oversees a team of 1,000 journalists and support staff across Canada and in bureaus overseas. In addition to its flagship nightly newscast Global National, which won the 2013 worldwide Edward R. Murrow Award for Overall News Excellence, Global News is a leading producer of local news through its 12 conventional stations and regional all-news channel BC-1.  A former political reporter and Washington Bureau Chief for Global, Reeb was promoted to the network’s top news job in 2008 and assumed oversight of all station operations two years later. Under his leadership, Global has renewed its focus on investigative and political journalism with the launch of the award-winning newsmagazine 16x9and current affairs program The West Block. Reeb has championed a digital shift that has resulted in Globalnews.ca continuing a three-year run as Canada’s fastest-growing broadcast news website.  Troy is a 1988 Broadcast Journalism graduate of Lethbridge College and recently completed an Executive Management program at Harvard Business School. He was named Lethbridge’s Distinguished Alumnus in 2003 and personally supports an annual internship program in his name for journalism students. He is a recipient of the Alberta Centennial Medal, the Provincial Awards Celebrating Excellence and numerous industry honours. Troy currently serves on several boards including with Journalists for Human Rights. 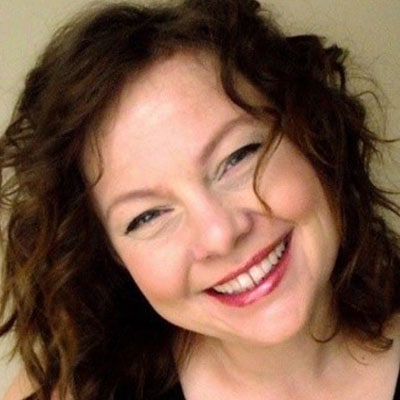 Karyn is the Executive Director of News and Current Affairs for Aboriginal Peoples’ Television Network. “JHR and APTN have worked together for two years training and developing young Aboriginal journalists,” she says.” We’re excited to expand this partnership into Aboriginal communities where we’ll support grassroots journalists using new media. We are deeply grateful JHR is working with us to help educate Canada and achieve reconciliation word by word, story by story, one truth at a time.” 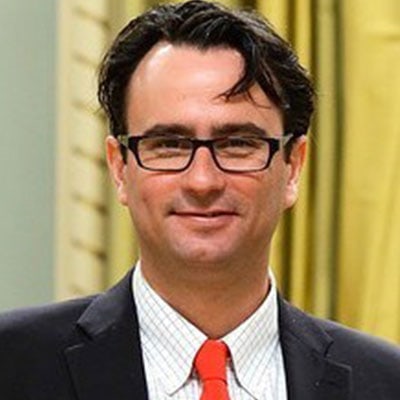 Since February 2016, Ben has been a venture capital investor in East and Southern Africa. Based in Nairobi, Ben is the Senior Partner at AHL Venture Partners, one of the largest impact-focused VC firms in Africa. Ben sits on the Board of many AHL portfolio companies, oversees all new investment opportunities and is currently managing the launch of the new AHL Growth Fund.

Previously, Ben served as Founder and CEO of Newsana Incorporated. Newsana took an innovative approach to solving one of the internet’s biggest challenges – how filter all available content down to the most important and impactful stories of the day. Ben sold Newsana to Relish Interactive in September, 2015.

From May 2002 to October 2011, Ben served as the Co-Founder and Executive Director of JHR (Journalists for Human Rights). Under Ben’s leadership JHR grew into Canada’s largest international media development organization, running projects in 17 African countries and building one of Canada’s strongest student leadership networks. Ben continues to serve as Chair Emeritus of JHR’s Board of Directors.

Ben has a BA in Economics and a BAH in Political Studies from Queen’s University, and an MSc in Political Theory from the London School of Economics (LSE).
Ben has received many awards for his work, including Canada’s Top 40 under 40 Award, the Action Canada Fellowship, the Queen’s University Alumni Humanitarian Award and recently received the Meritorious Service Medal, one of Canada’s highest civilian honours. 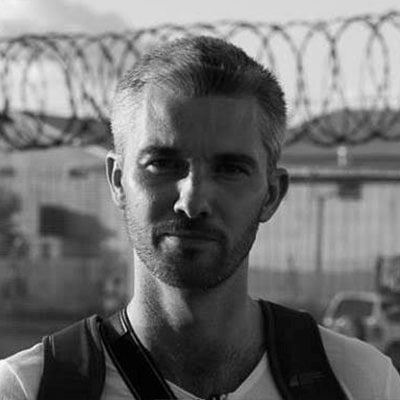 Grant is a professional journalist and journalism trainer currently living and working in South Sudan for Journalists for Human Rights.

Prior to joining Journalists for Human Rights, Grant worked as a News Anchor and Reporter for Talk Radio AM640 for close to a decade.

In 2013 he found himself living and working in West Africa with JHR’s Liberia program, and saw firsthand the lasting impact of the organizations’ work.

In September 2014 Grant took on a new challenge to lead JHR’s newest program, in the world’s newest nation: South Sudan. He has since worked to help broker a new partnership with Global Affairs Canada to scale the project across that country and successfully led an evacuation from Juba when the city temporarily returned to conflict in July 2016. 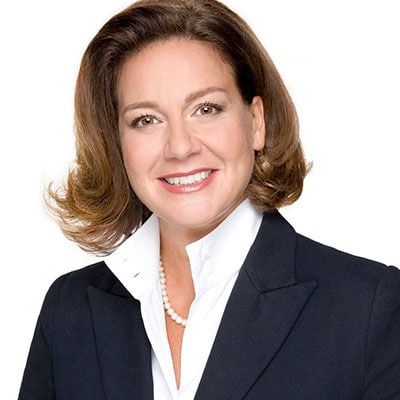 Lisa is the anchor of CTV News’ nightly broadcast – the most watched national news programme in Canada. She is also the winner of multiple RTDNA and Canadian Screen Awards, and a powerful advocate for providing voices to those who need their stories told.

“To me, the work that JHR does, particularly at this time of global tumult is critically important. Spreading press freedom, education and holding the powerful to account is the biggest step in building democracy,” she said. “I have had the privilege of working with these brave journalists and have seen first hand their dedication to helping others shine a light onto the darkness of corruption and help make positive change.” 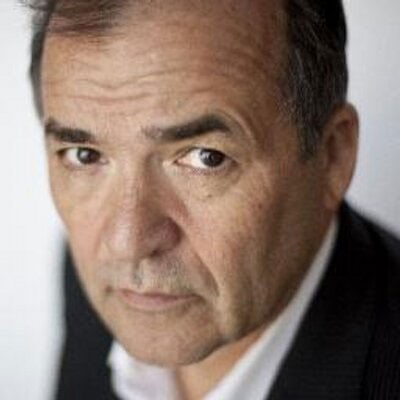 Michael is the editor of the Toronto Star. Prior to leading the Star’s editorial team, he has also held the editor-in-chief role at the Vancouver Province, the Chicago Sun-Times (twice), and the New York Post. Cooke has travelled extensively in Africa in the last five years, most notably doing pro-bono work for Journalists for Human Rights.

He has given journalism seminars in many countries, with longer stays in Congo, Ghana, Sierra Leone and Liberia, and has recently become a videographer.   “No democracy without a free press … no press free without a democracy,” Cooke says. “That just about sums up what JHR’s folks are working towards abroad, especially in countries such as South Sudan, which has a democracy about as fragile as it gets.” 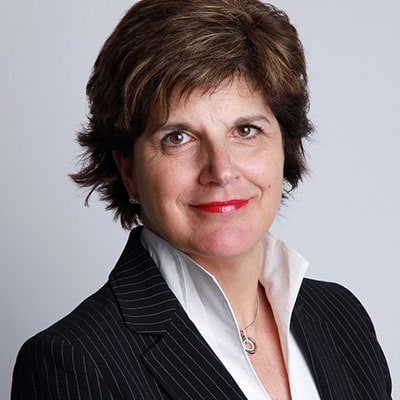 Catherine has more than 30 years’ experience in the journalism industry, reporting on the conflict in Middle East, the U.S. Presidential Elections, and the Olympic Games. She has been honoured as one of the top 100 most powerful women in 2012 by the Women’s Executive Network, won two Gemini Awards, and is a recipient of the Michener-Deacon Fellowship. Her passion and commitment for human rights journalism is a big asset to JHR.

“As a healthy state of journalism is paramount to a healthy democracy, JHR’s work has become crucial in countries transitioning to democracy, “ said Cano. The organization helps journalists get all the necessary tools to tell the stories and make sure their governments are held accountable.”