It’s been a week of considerable challenges on the ground in Afghanistan. News reports of the discovery of four bodies of women’s rights activists in the northern city of Mazar-E-Sharif clarifies just how dangerous the situation remains, in particular for women and women’s rights advocates. Meanwhile Afghans have had to leave the safe house network that JHR’s partners Veterans Transition Network and Aman Lara had been maintaining since July due to lack of funding. Team JHR focused on the ongoing evacuation of those on our lists and was able to get 18 more journalists, women’s rights advocates and their family members out of Kabul. This brings the total out to 222 journalists and family members, of a total list of 450. Of these, 70 have made it on to Canada.

Journalist Mellissa Fung, the Canadian Association of Journalists, UNIFOR, the veterans’ groups and team JHR were also able to meet with the newly minted Minister of Immigration, Refugees and Citizenship Canada, Sean Fraser. We discussed the challenges the coalition has faced in getting journalists and their family members processed onwards to Canada. The Minister took the meeting within a week of assuming the responsibility, and told us he plans to make Afghanistan a major priority. We continue to work with networks of concerned journalists, CWA The Media Union, Unifor, and a network of Canadian media in order to support those on our lists to safely get out. Please donate to support our effort. 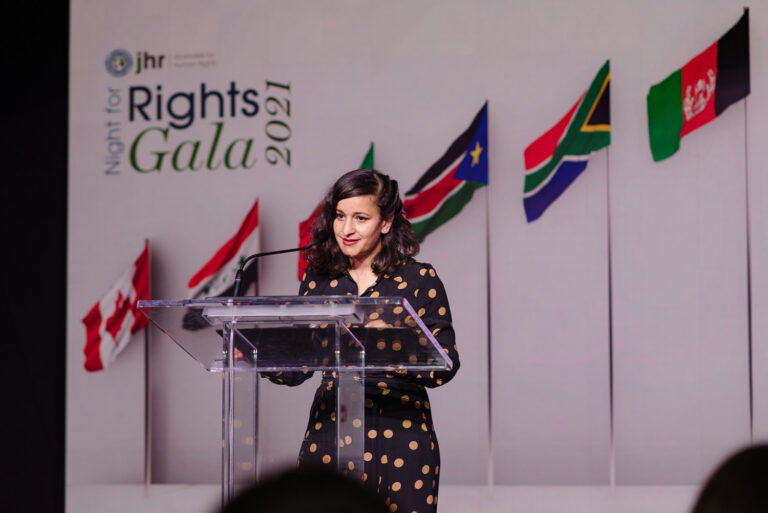 At this year’s Night For Rights gala, held online and in Toronto on October 20, our guests got to hear from Afghan-Canadian human rights advocate Roya Shams.

Roya recently appeared in a Toronto Star article and a CTV W5 documentary to talk about her brave journey from Kabul to Ottawa as a teenager and the incredible miracle of reuniting with her family in Canada a decade later after their own escape from the Taliban in September. Journalists for Human Rights helped facilitate the family’s escape, in partnership with Aman Lara and the Veterans Transition Network.

At the gala, we heard her speak from the heart about why we need to keep fighting for the rights and dreams of Afghan women like her. She said, “You guys created a miracle. And that was possible through fast action, through a community, through the contribution of each and every one of you, opening your hearts [and] emails [and] texts…” 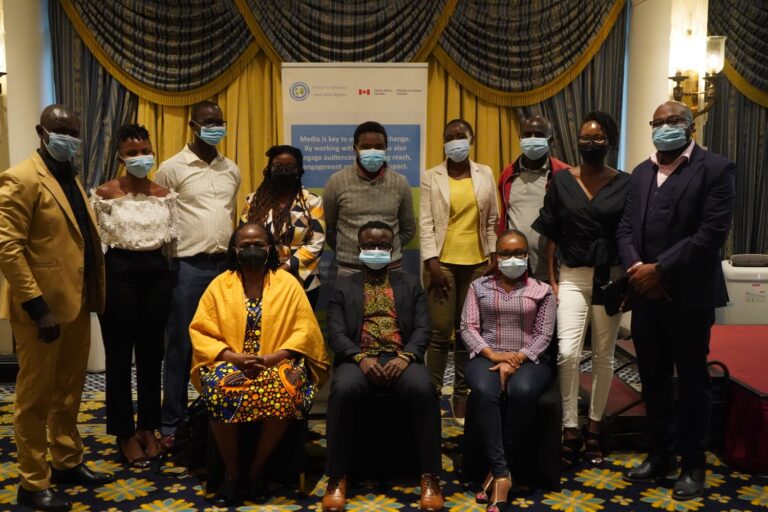 In September, JHR organized a media literacy workshop for officers of Kenya’s National State Department for Gender that trained them in fostering strong professional ties with the local media.

Gender officials are posted to counties with a high rate of gender-based violence (GBV) and harmful cultural practices that impede women’s empowerment. From those counties, they work to improve women’s empowerment through gender policy management, initiation of special programs, community mobilization and development of policies and programs on gender-based violence (GBV). Despite this important role, there is not much media visibility for their work. According to one participant Vincent Kayago Okeya from Kakamega County, this is due to distrust between the media and the government.

The workshop and subsequent networking event aimed to help dissolve that distrust. Read more about it here.

On November 2, the International Day to End Impunity for Crimes Against Journalists, JHR Kenya Team Lead Mustapha Dumbaya was interviewed by Capital News on the need to protect journalists against violence, intimidation, harassment and other forms of persecution they face for doing their job.

“While everyone is affected by the violence perpetrated against journalists, women become double victims by loss of jobs and sexual and gender-based violence,” he said and called on the state to prosecute the perpetrators of such crimes.

JHR Kenya Gender Lead Winnie Syombua joined him in calling on the government to assume its responsibility to protect journalists from harm.

“The government remains a culprit in the violations because we have often see the police and other state organs used to intimidate journalists in the course of their work, particularly investigative journalists,” she said. “There is a lot of suppression and the Constitution that guarantees these freedoms is never adhered to. The government need to do a lot to protect journalists.”