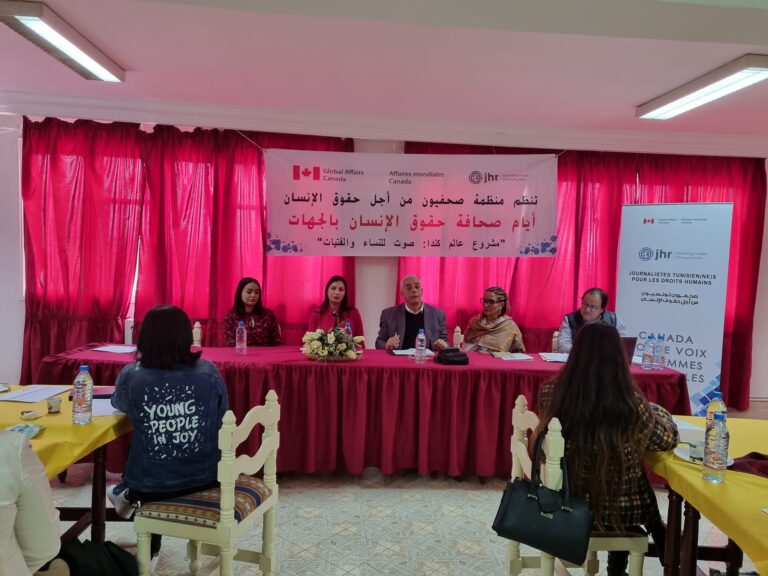 A workshop in Kaf, conducted as part of JHR’s 2021 training tour in Tunisia.

Through the latter half of 2021, JHR conducted a training tour for journalists across Tunisia, ensuring that skill-building opportunities are available to media in even the most remote parts of the country.

Rebekah Abidi, a journalist at Kaf Radio Office in Jendouba, said, “I participated in the training session organized by Journalists for Human Rights as a part of their Canada World program. I thought the session was very informative. We discussed the most important journalistic tools to highlight women’s issues in the sociopolitical sphere. We also discussed how we can combat violence through the media. I believe the training helped refine our skill set. It’s important to organize training workshops like this regularly.”

Carried out under the Global Affairs Canada-funded program, Canada World: Voices for Women And Girls’ Rights, the aim of the training was twofold. In addition to increasing the capacity of journalists across the country, the workshops were also geared towards creating a culture of collaboration between the national media, typically headquartered in Tunis, and journalists outside the capital city. 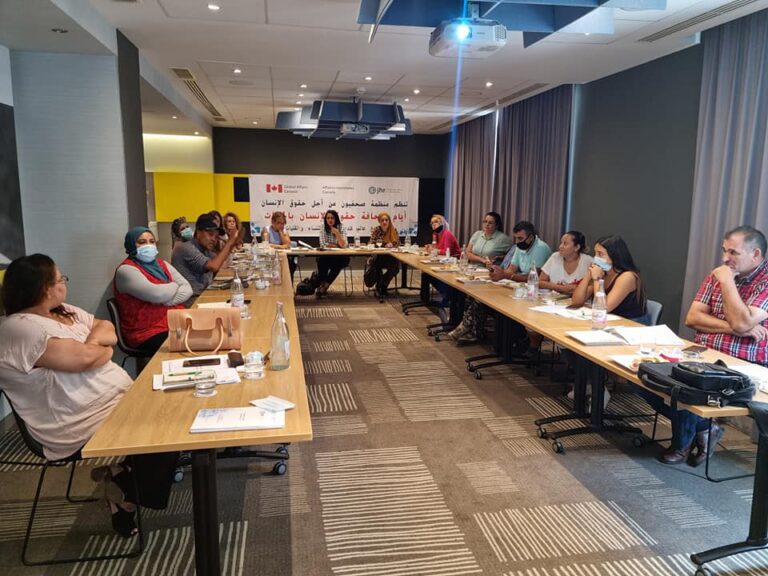 A workshop in Sfax, Tunisia

Another journalist Kawthar Al-Shaibi shared, “I participated in one of JHR/ Canada World training sessions, and it was a good opportunity to improve my knowledge on laws that guarantee human rights, especially laws that guarantee women’s rights and conventions that combat various forms of violence and discrimination against women. I also had the chance to meet a number of activists and representatives of civil society to learn about their activities related to the rights of women and girls. This training highlighted the importance of shedding light on the rights of women and girls in media content that I work on, and later I have worked on human rights stories focused on women and girls’ rights.”