On World Press Freedom Day, Governments Need To Ensure Journalists Can Do Their Work Safely

On World Press Freedom Day, Governments Need To Ensure Journalists Can Do Their Work Safely 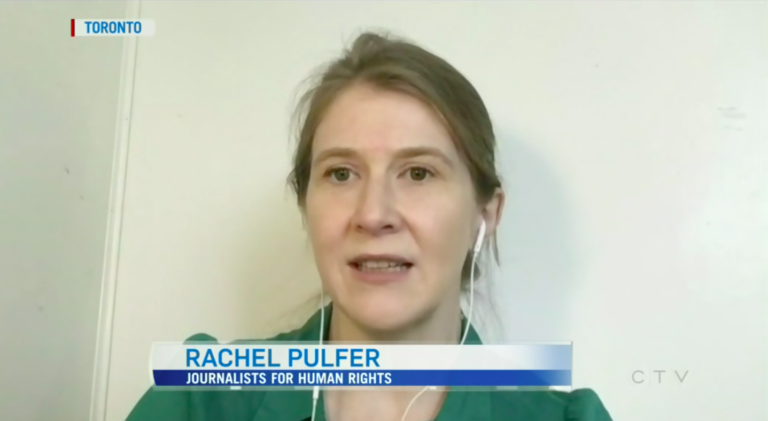 The first wave of covid-19 infections has peaked in industrial nations in Asia, Europe and North America. Now, the virus is starting its deadly sweep through Africa and vulnerable populations in the Middle East. Government responses have ranged from cordoning off the capital city, in Mali and DRCongo, to a total lockdown, in places like Kenya and South Sudan. The risks to human life in such environments, places radically ill-equipped to cope with such a disease, are terrifying: South Sudan has four ventilators for a population of 8 million.

Governments across Africa and the Middle East are attempting to control a public narrative about the virus that is rife with misinformation. In South Sudan, a theory that tea cured the disease led to a run on tea-stalls in the capital city of Juba. In Mali, rumours circulated that the pandemic was a creation of the international community.

Governments have put aggressive limits on civil liberties and human rights: in some states, the initial lockdown didn’t even allow people to go out for groceries. They are unfortunately also cracking down on journalists working to help get the facts out about covid-19. State authorities in Nigeria used a new misinformation law related to covid-19 to arrest journalist Chijioke Agwu in the Northern region of Ebonyi state: the Ebonyi state governor claimed his reporting about how viral illnesses were spreading was misinformation, an allegation refuted by his employer. Journalists from Sierra Leone to Ukraine have been attacked and arrested for daring to question aspects of the government response to the crisis. And in Tanzania, a country that is seeing one of the greatest upticks in covid cases in Africa, a journalist was suspended for allegedly reporting on a covid-19 patient “without their consent.” The International Press Institute has already recorded 162 violations of media freedoms in 2020 that are directly related to covid-19.

This is exactly what governments should not be doing.

Lack of transparency and constraints on journalists’ ability to cover covid19 responses in places like China and Hong Kong have already cost lives. The Chinese government’s decision to constrain the free flow of information about the severity of the pandemic meant other countries didn’t grasp the full extent of the danger covid-19 posed — until it was too late.

Precious preparation time was wasted, as countries made ill-informed decisions about how and when to respond. Both China and Hong Kong took steps to kick Western journalists out, further muddying global access to clear information about what was actually going on. And we all know the results. The virus has overwhelmed hospital systems across Europe and in many American cities. Hundreds of thousands of people have lost their lives. Millions have lost their jobs.

Contrast the extraordinary human, social and economic cost of these poorly informed responses to the relative success of the approach in South Korea. Among other critical measures, such as contact testing and tracing, South Korea, after some initial missteps, placed government transparency and a collaborative approach to working with media high on its priority list. To date, despite their proximity to China and despite recording their first cases on the same day as the United States, the South Koreans have navigated this disease without escalating death rates, and without the blunt instrument of a wholescale economic and social lockdown.

The importance of governments working effectively with media while enabling journalists to do their work unencumbered is particularly relevant to countries in the global south, where there is deep local mistrust both of government authorities and the international community. In such places, people turn to local journalists for information about how to protect themselves, and for clarity amidst the fog of misinformation, quack cures and conspiracy theories accompanying the virus.

Cambridge economist Amartya Sen once noted that he’d never seen a famine in a country with a free press. The press ensures policymakers have access to a trusted feedback loop. This allows authorities to understand how their policies are working – and change course in a situation where the government response is clearly inadequate.

Journalists for Human Rights is busy pivoting its work to support these local journalists in their efforts to communicate the facts about the disease. Covid19 has taught us that those governments that choose to deliberately obstruct journalists at this most crucial of moments for public health and safety do so are gambling with people’s lives. This World Press Freedom Day, JHR calls on governments to collaborate with journalists on the task of communicating vital public health information during this pandemic and beyond–and allow them to do their essential work without fear or favour.