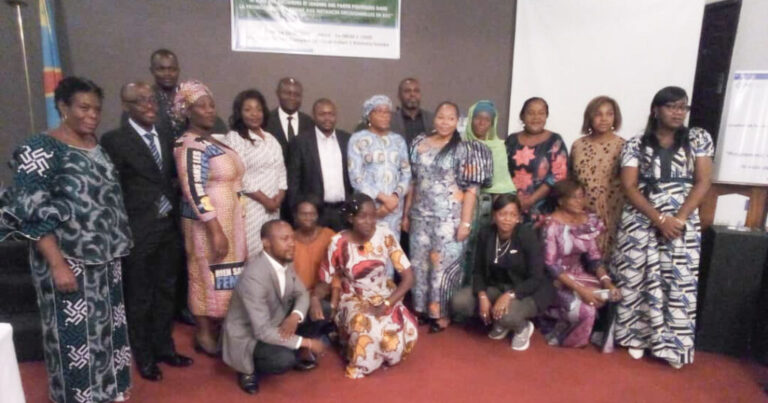 In March, JHR-DRC gathered key decision-makers on electoral processes to kickstart a dialogue on addressing gender inequities in DRC politics

On June 4, the National Assembly in DRC voted on a new draft law for the upcoming elections that incentivizes the inclusion of women in politics by waiving the deposit fee for political parties that submit candidacy lists comprising 50% women. This is the first time that an electoral law in DRC has explicitly prioritized gender parity.

This draft law is the outcome of months of advocacy carried out by JHR-DRC and partner organizations.

On 26 March and 28 May, JHR-DRC brought together representatives of the major national decision-making bodies, including the Presidency of the Republic, parliament, government experts, representatives of political parties as well as the media and civil society, to advocate together for a joint electoral law that promotes women’s participation in electoral competition. Both forums resulted in declarations calling on parliament and other decision-makers to provide the country with a law that promotes gender parity.

Owing to these efforts, the draft law has now been sent to the Senate for a second reading in the coming weeks.