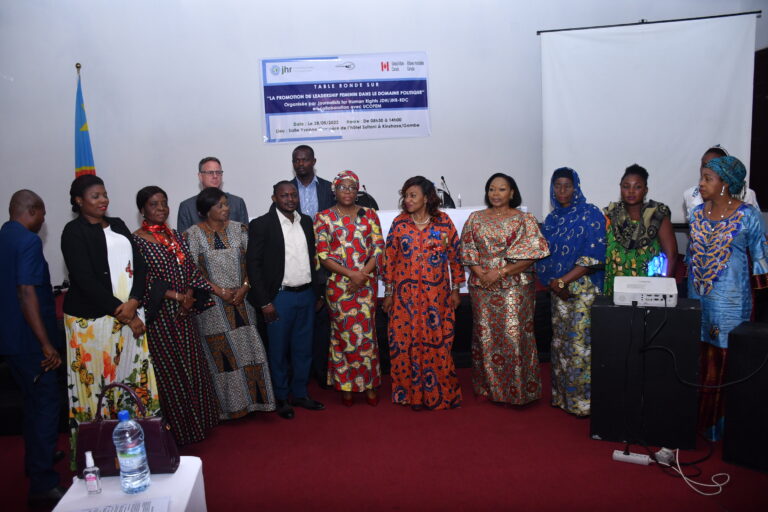 On June 29, DRC President Felix Tshisekedi put into effect the legislation governing the 2023 general election. Under the newly passed law, political parties that submit candidacy lists consisting of at least 50% women will be exempt from paying the required deposit fee for parties. This is the first time that an electoral law in DRC has explicitly prioritized gender equality.
This milestone marks the fruition of JHR-DRC’s months of collaboration with partner organizations to raise awareness about the need to improve women’s participation in the electoral competition.

At roundtables held on 26 March and 28 May (pictured above), JHR-DRC brought together representatives of the major national decision-making bodies, including the Presidency of the Republic, parliament, government experts, representatives of political parties as well as the media and civil society, to call for an electoral law that promotes gender parity.

Moreover, JHR-DRC organized programs and forums through its media partners in Kinshasa and Bukavu on the merits of an electoral law that encourages gender parity. JHR-DRC also has supported journalists to produce reports on the same topic.