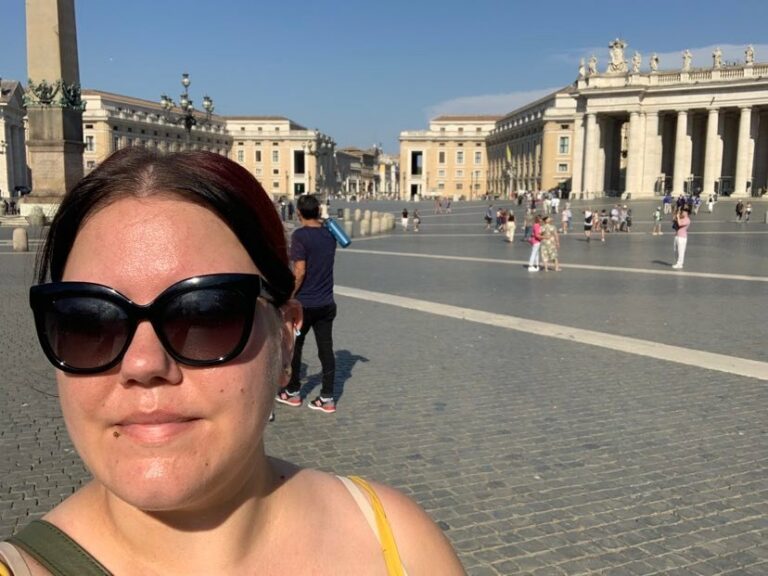 Here, she recounts her experience reporting on the papal visit earlier this year, and her question that made international headlines.

When my editor called me this past spring to ask if I would be interested in covering Pope Francis’ trip to Canada to apologize to residential school survivors and families for the role the Roman Catholic Church played in running the schools, my first response was, “are you sure it should be me?”

It wasn’t the content of the assignment that made me ask the question.

For years I’ve reported on residential schools and the legacy of pain they inflicted on First Nations, Inuit and Métis peoples. I’ve listened as survivors shared their experiences of sexual and physical abuse, and being stripped of their identity. I’ve pored over documents housed at the National Centre for Truth and Reconciliation in Winnipeg to get a better understanding of the atrocities that took place, all while also looking for any record of my own family members being forced to attend the schools.

My hesitation about covering the trip was rooted in my concern that I may not be the right journalist to do it. Would I be able to do right by survivors and community as well as my employer?

After an in-depth conversation with my editor in which we talked about the importance of having an Indigenous reporter lead the coverage and the expectations for the trip, I agreed.

“Survivors and families will be front and centre,” I told her.

There was no disagreement. 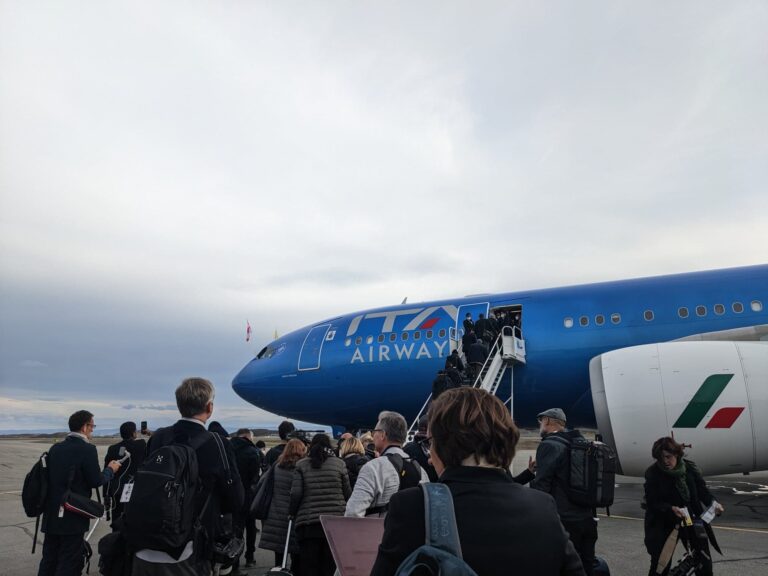 Journalists board the papal flight from Iqaluit

At the end of July, I boarded a plane to Rome to join a group of approximately 75 other journalists who were travelling with the Pope on what the Vatican was calling a “pilgrimage of penance.”

There were five journalists who travelled from Canada to join the papal flight. There were two Indigenous journalists in the entire group – myself and Ka’nhehsí:io Deer, a Kanien’kehá:ka journalist with CBC Indigenous. More would be on the ground in each of the stops – Edmonton, Quebec City and Iqaluit.

The long-awaited apology came on the first full day of events in Maskwacis, Alta.

In front of thousands of people, some who had travelled from across the country, Pope Francis implored forgiveness for the ways in which many members and religious communities participated in cultural destruction and forced assimilation.

When the apology happened I was sitting at the back of the community’s pow wow grounds. I was on my phone relaying information back to my editors and colleagues. When his words came out, I had to take some time to embrace this historic moment. For that moment, I took off my journalist hat and allowed myself to feel what I needed to feel.

Some accepted his apology and some said it fell short. One of the criticisms I heard was about his avoidance of the word “genocide.”

When the trip ended the Pope participated in a press conference with journalists on the plane back to Rome. Myself and Ka’nhehsí:io Deer asked a question each on behalf of Canadian media. Ka’nhehsí:io asked about calls to rescind the Doctrine of Discovery, and I asked if what took place during residential schools amounted to genocide.

Much to my surprise, he was quick to say yes. His response would later make international headlines.

The other media asked no other questions relating to the trip.

Would these questions have been asked if Indigenous reporters weren’t on the plane pushing for accountability? I don’t know.

What I do know is when I think about the trip I think back to that moment in Maskwacis – seeing First Nations children chase each other in the grass while giggling, hearing the sound of jingles from dancers’ regalia, watching family members tenderly wrap their kokums in blankets to protect them from the wind and hearing the boisterous laughs from aunties nearby.

The genocide the church and Canada hoped to achieve was not present that day. 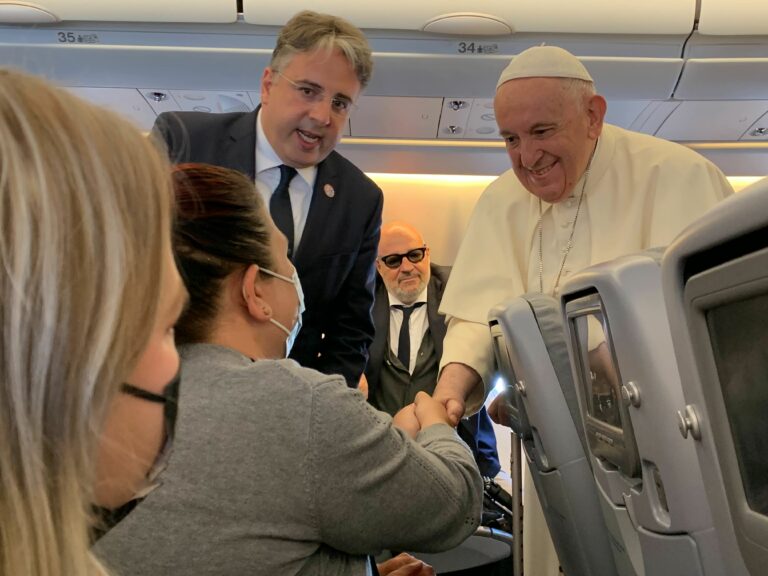 Brittany Hobson meets Pope Francis at an airborne news conference after he concluded his papal visit to Canada. Later on this trip, she would ask him if what he witnessed in Canada amounts to genocide — a defining moment for his visit.