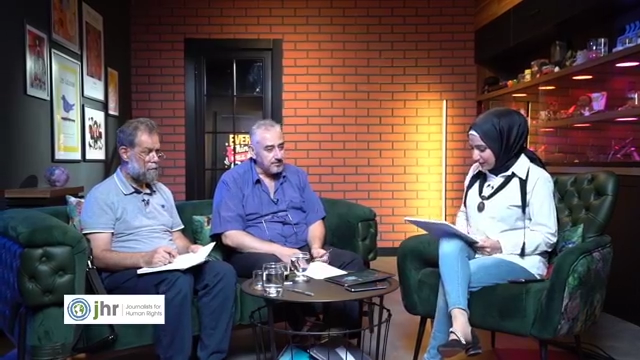 12,000 Syrian teachers, leading to the formation of the Syrian Educational Commission that successfully advocated for

the reversal of the government’s decision on the teachers’ behalf. – Screenshot/Radio Nasaem

After the civil war in Syria drove millions of refugees into Turkey, Syrian children were unable to access education in Turkish public schools due to the language barrier they faced. The Turkish government thus hired over 12,000 Syrians to teach them in Arabic-language temporary education centers (TECs).

However, over time, as their expectations for Syrians to integrate grew, the government began phasing out TECs and moving Syrian students into the Turkish public school system. In late 2020, over 12,000 teachers were summarily dismissed. The government said that they were not qualified to teach at Turkish schools and instead offered them jobs in agriculture — a clear degradation of the teachers’ labour rights as well as complicating the access to education for Syrian children, especially girls.

The JHR-Gazientep office picked up the case of Syrian teachers’ termination in October 2020. The team designed an action plan to mobilize Syrian journalists to raise awareness about the issue and bring the various actors to a common platform to devise a solution. JHR organized a roundtable in March 2021, where the media, civil society, politicians and other decision-makers from the Turkish government convened to discuss best practices to address this issue.

Moreover, JHR trained and mentored journalists and media outlets to cover the issue through 25 reports, including 6 radio show episodes and 1 TV show episode. During one such radio show on Radio Naseem, the idea for the creation of the Syrian Educational Commission was born. The Commission, which included representatives of Syrian teachers from almost every state, held discussions with the government on behalf of thousands of teachers.

After weeks of their negotiations, the Turkish Ministry of Education issued a decision on September 10 that asked Turkish schools to appoint the Syrian teachers, provided that the hired employees must have at least a bachelor’s degree and have Turkish language skills (level B1 and above).