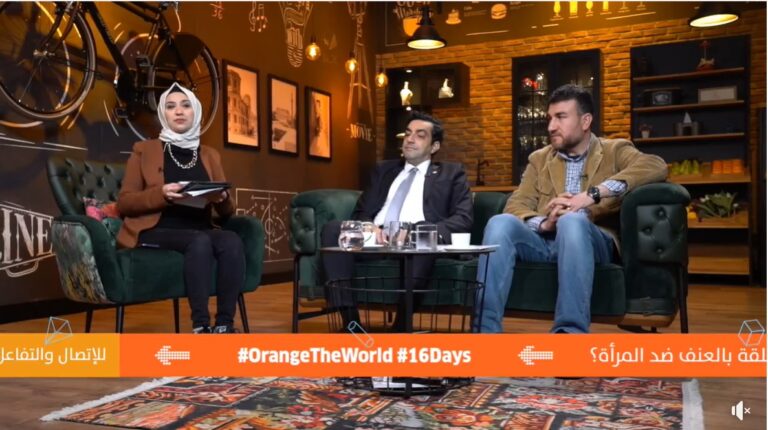 For the 16 days of activism for the elimination of gender-based violence, JHR partner Radio Nasaem conducted a live webinar focused on the laws governing the prosecution of GBV crimes in Turkey and Syria.
The discussion began with an explanation of the judicial process from the filing of a complaint to the final decision of the judge.
Featuring insights from lawyers Serkan Orgun and Afaf Al-Rasheed, the webinar went on to elaborate on the role of human rights clinics in Gaziantep, the legal services available to Syrian refugees, and a comparison between Turkish and Syrian law.
The webinar concluded with a proposal to create a group of Syrian and Turkish lawyers to educate Syrian diaspora in Turkey about laws to protect the vulnerable groups of women and children.

The episode can be streamed here.