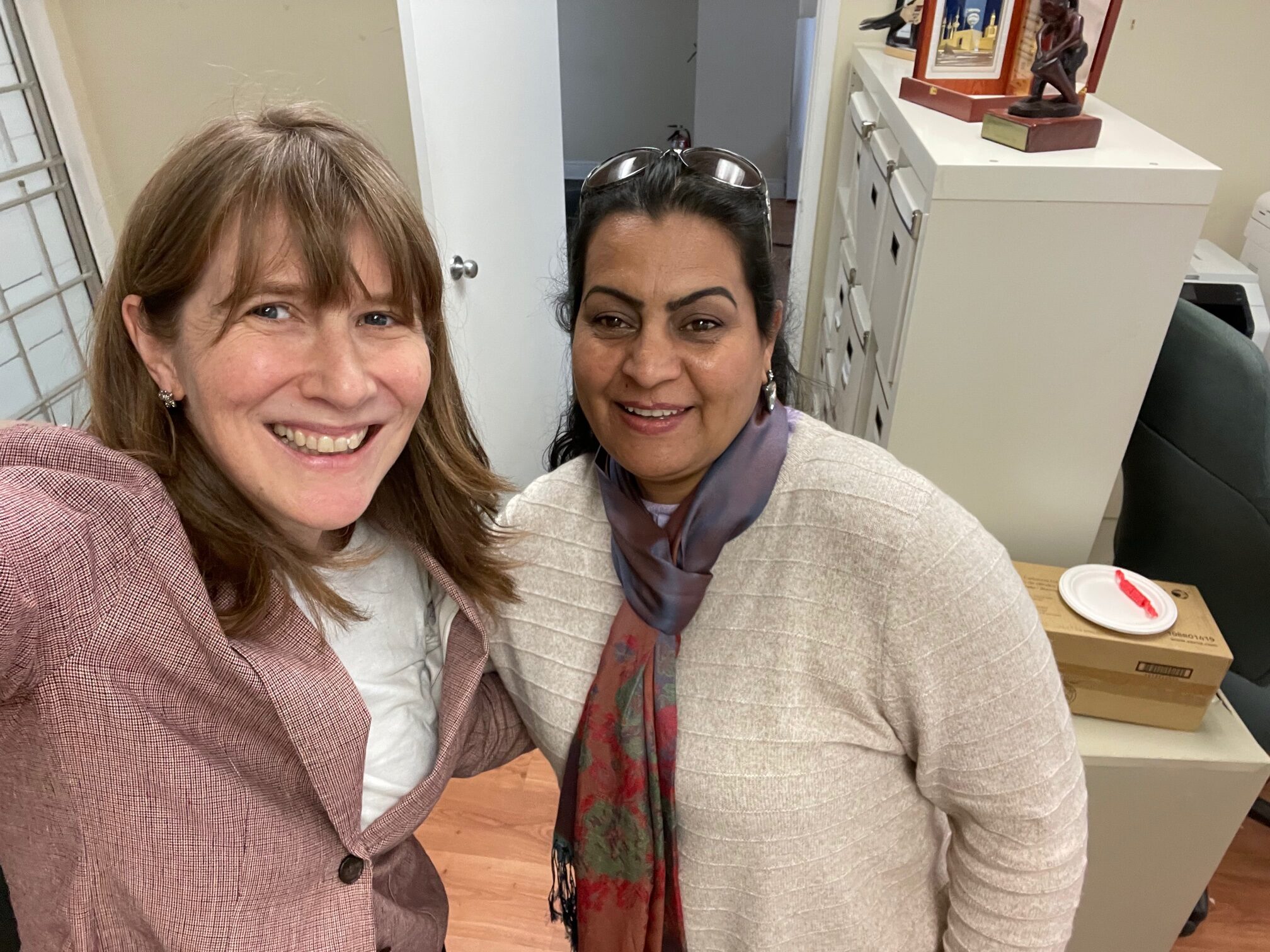 We are heading into month three of JHR’s efforts, working with the coalition of concerned journalists, to evacuate journalists, human rights defenders and their family members from Afghanistan.

The good news is we are seeing concrete progress: 200 are now out, of our original list of 450. Of those, approximately 70 are in Canada. Those out include journalist and single mother Raihan Tammana and her kids, whose dramatic escape from Kabul JHR helped to facilitate earlier in October, in partnership with Martin O’Hanlon and CWA The Media Union. (Details of her journey are laid out in this video that Global News prepared for Night for Rights.) Tammana is now safely in a quarantine hotel on the outskirts of Toronto.

Earlier this week, we also met the superb Farida Nekzad, co-founder of Pajhwok, journalist and champion of women’s rights, whom JHR helped put on MSNBC this Thursday. Nekzad spoke about the dire situation for journalists, women and girls left behind under Taliban rule, and advocated for faster government action to get these people the visas and travel papers they desperately need to move forward. To watch the clip, please click here.

The challenging news is that 250 remain trapped in Afghanistan. Some have had their assets frozen and are running very low on funds. Others are about to be evicted from safe houses as JHR’s partner coalition, the Veterans’ Transition Network and Aman Lara, are almost out of private funds to sustain Afghans at risk in Kabul. JHR is working around the clock currently to get those remaining access to a pathway out.

JHR’s initial fundraising efforts raised $1 million in private support. THANK YOU to all those who gave in those initial weeks to help get 200 people safely out of Afghanistan, and 70 safely on to Canada. A public fundraising effort is also ongoing, and we’re hopeful that we will shortly be seeing significant public help. That said, this experience is moving from a sprint to a marathon. Every dollar is going to count as we fight to get the remaining 250 on our lists onwards to safety. In the lead-up to Giving Tuesday and the holiday giving season, please consider directing your year-end giving towards JHR’s
ongoing Evacuate Journalists from Kabul fund, and help save some lives.

On October 20, JHR celebrated its mission and work to protect media freedoms around the world at the annual Night For Rights gala. On that special evening, we were delighted to be joined by BBC’s Chief International Correspondent Lyse Doucet, whose travel plans to Washington DC were foiled by COVID-19 rules and landed her (to our immense good fortune) in Toronto.

At the gala, Lyse spoke about her earlier travel to Kabul on August 15, the day the city tragically fell again to the Taliban, and the life-altering consequences suffered by Afghans forced to flee their homeland.

Since the introduction of democracy in Mali in 1991, the country’s media sector has seen rapid growth. At the same time, the media landscape is marred with violations against freedom of the press and serious breaches of ethics and professional conduct. In 2000, the government passed a law criminalizing press offenses. This law has been used to stifle freedom of expression and dissenting voices. The amendment of current press laws is long overdue.

Read about the workshop here.

Fluency in Pashto and/or Dari is considered an asset for these positions.

LOCATION: Remote (in Canada).
Applicants must be located in Canada and eligible to work in Canada.

DURATION: 6 months (extension or renewal is contingent on project funding and performance.)
START DATE: ASAP
TRAVEL: There is no domestic or international travel required for both roles.

Your support allows us to continue our innovative work around the world!

We wish to acknowledge the land on which the Journalists for Human Rights’ head office operates and
recognize the longstanding relationships Indigenous nations have with these territories. For thousands
of years it has been the traditional land of the Huron-Wendat, the Seneca, and most recently, the
Mississaugas of the Credit River. Tkaronto (Toronto) is in the Dish with One Spoon Territory and is
home to Indigenous peoples from many nations across Turtle Island who continue to care for this land
today.