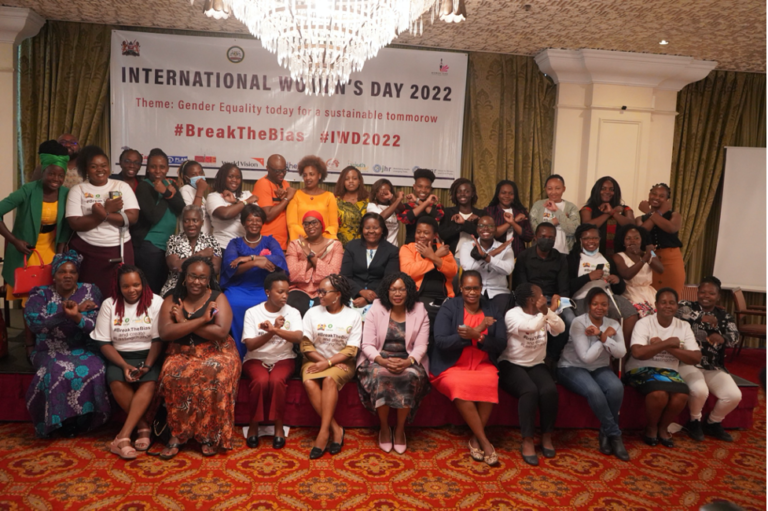 JHR’s Canada World: Voice for Women and Girls’ Rights project partnered with women-led organizations in Kenya to commemorate this year’s International Women’s Day theme ‘Gender equality today for a sustainable tomorrow’ at a special gathering organized in Nairobi on March 3, 2022.

This theme is particularly relevant to Kenya as the country marches towards its 2022 election. The country has been criticized for the plethora of structural barriers that continue to impede women’s participation in politics. Women’s rights groups have already raised the alarm on the wide disparity in women’s representation in elective political positions and calls for increased participation, gender equality and inclusion in the forthcoming August election.

To respond to these calls, JHR partnered with other human rights stakeholders and state agencies to convene an event that celebrates women’s leadership milestones. Women from different demographics from both private and public sectors reflected on the women’s leadership successes and the challenges that continue to hinder their progress in public and political spaces.

Some of the key themes discussed at the gathering were the role of state agencies in addressing barriers to women’s political participation with a focus on election-related sexual and gender-based violence; the role of political parties in enhancing women’s participation in politics, and elections financing for women leaders. The event also aimed to strengthen mechanisms to ensure that culprits who perpetrate gender-based violence are brought to justice.

Speaking at the event, Pamela Karimi, Director of Gender, Nairobi County government, announced that the county government has put measures in place to prevent and curb election-related sexual and gender-based violence.

“Nairobi County has set up a team to address election-related violence against women. Various committees at the county level have been put in place to monitor early signs of violence in a view to intervene and prevent them from happening. We have a coordination mechanism bringing together both national and county government to coordinate gender-related matters in the county,” she said. 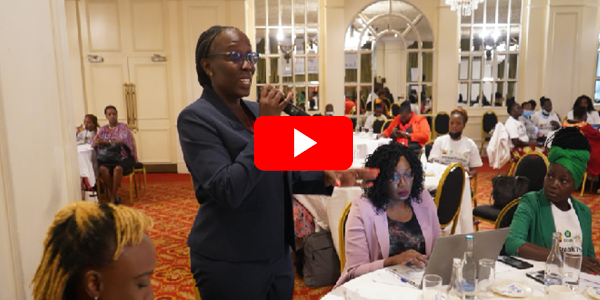 Among the participants were women political aspirants eyeing various seats across Nairobi County and its neighboring electoral units. Hon. Grace Kamau, 24, has set her eyes on the Kawangware Ward representative seat in Nairobi County, Kenya. She emphasized that women are not enemies of their own. “It is just a perception that is created because they know that women can do better,” she said after the event.

The young political aspirant is a beneficiary of JHR training on effective media engagement. She was elated that the event gave her a chance to create networks and was keen on learning more from the veteran women leaders who are willing to hold the young generations’ hand on their political journey.

Hon. Judith Oyoo who is vying for Korogocho Ward representative seat, also in Nairobi County, noted that the event was timely in enabling her to understand the need for women to walk together despite their different political affiliations. “And for us to win this as women is to forget the political parties that we are at, and fight for this as women so that we can fill these spaces, and also get to have a voice in the government,” she said.

The event sought to recognize and celebrate the powerful force of women and girls to lead changes and global focus, highlight what prevents women from attaining leadership levels, and discuss possible solutions. The event is part of activities preceding the 2022 International Women’s’ day celebrations. 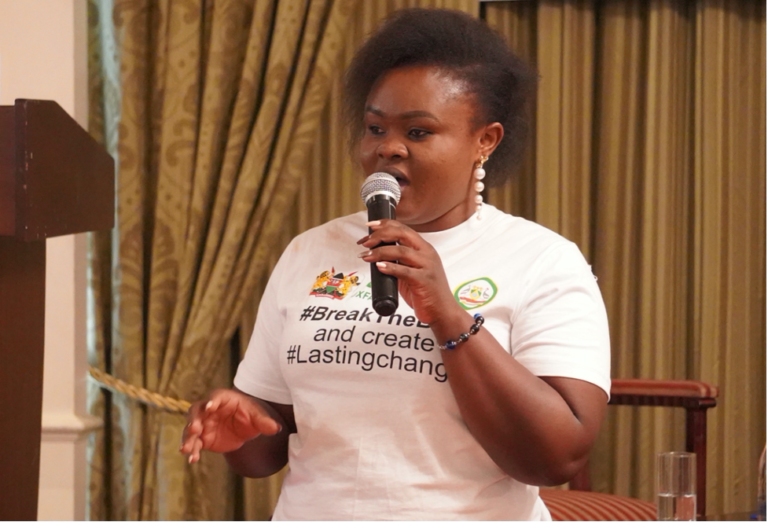 said that women need to unite in their mission to attain greater political representation.