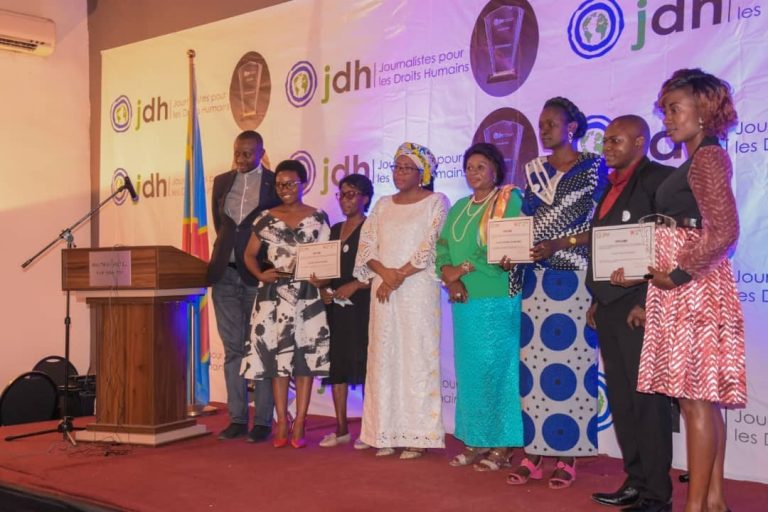 The event sought to recognize the best journalistic works on human rights, particularly those of women and girls. Tantia Sakata’s article ‘Kinshasa: women employed in hotels victims of sexual abuse by customers‘ was ranked best in online and print and the report by Esther Kanga Furaha ‘Impunity rooted in rape in the DRC’ was selected best in the audiovisual category.

At the event, Esther said, “I made this report because I was indignant about the impunity enjoyed by the perpetrators of sexual violence. I told the story of a girl who saw her torturer released simply because he had bribed the police officer with a goat. It was revolting. I am happy that this story is receiving this award today. It is a strong signal for the involvement of journalists in the fight against sexual violence”. 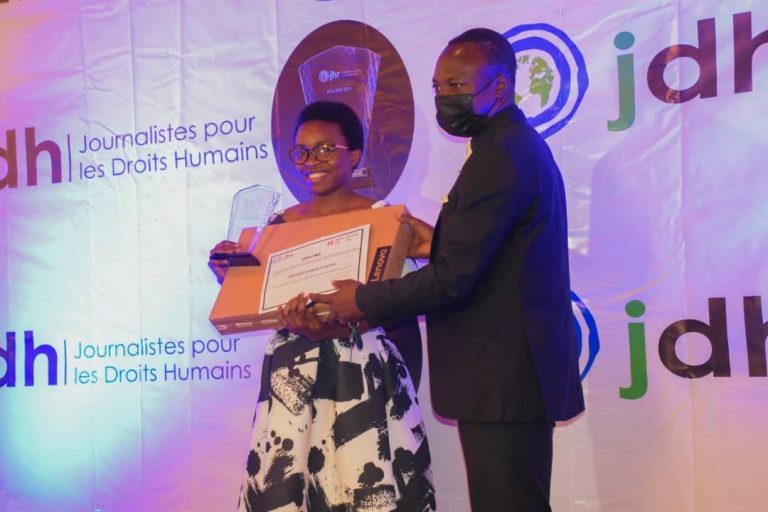 Esther Kanga receives her award in the audiovisual category.

Tantia also spoke passionately about the need for underrepresented voices to be heard: “I thought about the women who work in hotels and who suffer from sexual abuse but who are not made known to everyone. This is what motivated me to talk about this category of women and girls who also deserve special attention in terms of protection”.

The ceremony was attended by the Minister of Gender’s cabinet representative, the President of the National Union of the Press of Congo, the official representative of Dr. Mukwege’s renowned Panzi Foundation, media managers as well as journalists and Congolese civil society organizations working for gender.