“Fighting for women’s rights is in my blood”: Mariam Atahi, activist

“Fighting for women’s rights is in my blood”: Mariam Atahi, activist 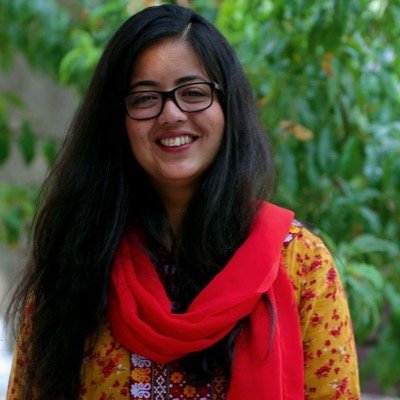 As the Taliban began its ‘humanitarian talks’ last month in Oslo, Mariam called for the release of three fellow activists, allegedly detained for protesting against the closure of women’s universities. “It hurts me,” she said, “…to not have any information or hope to give their families asking questions about their whereabouts.”

As co-founder of the Feminine Perspectives Campaign, Mariam has been leading a fearless movement to demand accountability for the violation of women’s rights by the Taliban. In 2016, she and four colleagues interviewed women from different provinces to document “what women exactly want” and presented them during the 2016 talks with the Taliban in Qatar. They stressed that the freedom to study, work and participate in public life is important to women in urban Kabul and rural provinces alike.

This work put a target on her back. In late 2019, Mariam was working as a communications specialist at Save The Children and was informed by the National Directorate of Security in Afghanistan that she’s on the Taliban’s hit list. At the time, she was used to fielding multiple ‘mysterious calls’ a week. However, the NDS insisted she take the risk more seriously. Mariam applied for an emergency visa to India and relocated to Delhi for two months. When she returned in early 2020, the threats continued. She changed her look, her route to work and her schedule – but kept on working. In 2021, she took on a communications role with UNICEF.

“Fighting for women and children’s rights is in my blood. When I see women suffering, I feel responsible. I want to build a bridge for them to reach their dreams. I have to do this work for the rest of my life.”

After the Taliban takeover, Mariam decided to leave Afghanistan for a safer location where she can continue her work.

‘In Kabul, I always felt like someone is knocking at my door. I want to set myself in a better position, so I’m able to mobilize more resources to help my people. I hope to see the international community show their solidarity with Afghan women and make a solid, genuine commitment to safeguarding their rights.”

Mariam Atari received financial assistance from JHR with the generous support of the Daniel Pearl Foundation.