Feb 6 2021: #BlackHistoryMonth: Where do Black Indigenous people fit in?

Feb 6 2021: #BlackHistoryMonth: Where do Black Indigenous people fit in?

#BlackHistoryMonth: Where do Black Indigenous people fit in? 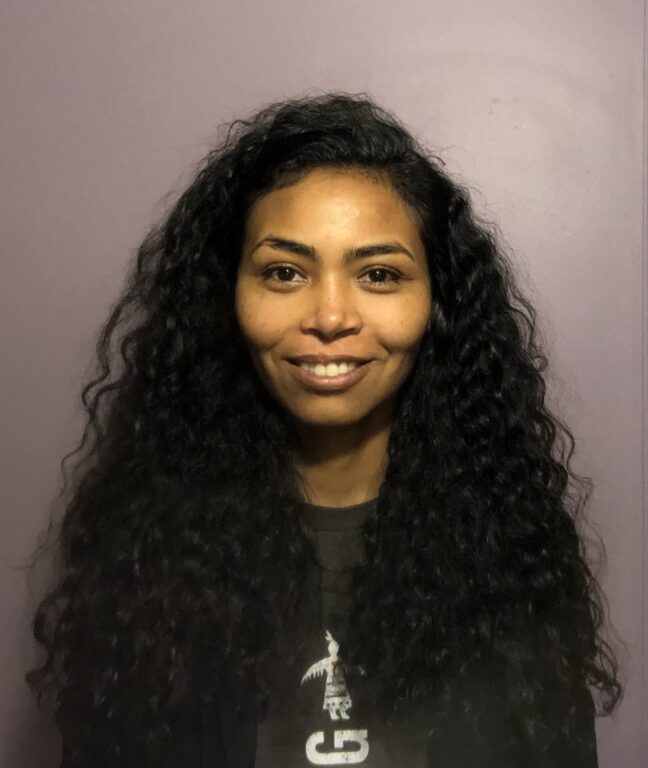 Etanda Arden
Etanda Arden is an Indigenous writer in Thunder Bay. She is also a Black woman, a mom, and a student. In 2020 she was a participant in the online journalism training program offered by JHR’s Indigenous Reporters Program (IRP).
“[Black History Month] is important to me, as far as being in Canada, because there is no Black history here – it’s not talked about. I wanted to take a Black history program and I looked into it and I really couldn’t find any. I could find African studies, but what about the Black history here? We have our own Black history” says Arden. “It’s Important because I’m Black, and I want to see myself represented in the country that I live in.”
As an Indigenous-Black person, she hopes to raise awareness of the shared histories of Black and Indigneous peoples in Canada. In her own words, “many Black people who escaped slavery found refuge in various Indigenous communities across Canada. They created an allyship that helped both groups weather the storm of colonization and White supremacy but also because of colonization that allyship isn’t ever talked about.”
Through her work with the Indigenous Reporters Program, Arden wrote Writing Myself Into Existence: An Essay On The Erasure Of Black Indigenous Identity In Canadian Education, published by the Yellowhead Institute, a First Nation-led research centre.
In the piece, she details the complexities of her own identity – born in Yellowknife to Dene and Black parents, but raised by an Anishinaabe woman in Thunder Bay and adopted into Couchiching First Nation – and makes a call for the identities and the histories of Black Indigenous people to be included in Canadian education.
“In my experience anti-Black racism is an issue in Indigenous communities but if Indigenous people knew of their history of relations with Black people maybe anti-Black racism wouldn’t be as prevalent in Indigenous communities. Maybe the allyship once shared between both groups would still be in place and maybe we’d be that much closer to dismantling the systems that oppress us.” 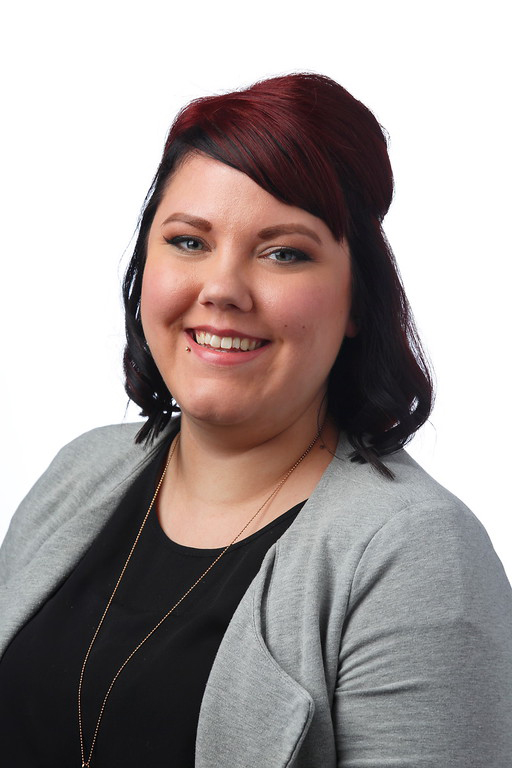 Brittany Hobson
Brittany Hobson, a member of Long Plain First Nation, started as an intern at APTN through a Journalists for Human Rights program in 2016. She was hired permanently as a reporter for APTN National News in 2017. Brittany started reporting for television early on in the internship. During her time with APTN she has covered stories in Ontario, Manitoba, Saskatchewan, BC and the United States. She has worked on important topics such as Missing and Murdered Indigenous Women and Girls, mental health and the child welfare system. Brittany says her “favourite stories showcase our [Indigenous] cultures, resilience and successes, especially in Indigenous youth. It’s been an honour to share the stories of our People weekly and I am forever grateful to those who have shared their time with me to help share these stories”.
Visit aptn.ca/schedule to check the times to watch the @APTNNews programs on all four APTN channels. You can also follow the links below to read some of Brittany’s articles.
One of a kind red jingle dress cone project raising awareness of MMIWG
‘It’s very rewarding’: Cree family navigates the classroom together
Sacred eagle feather make its way in Manitoba’s justice system 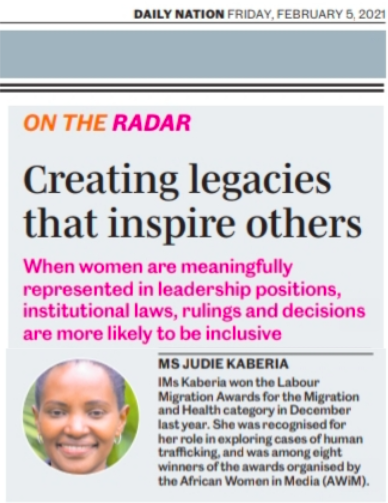 Photo Credit: Daily Nation, Kenya
Judie Kaberia, Gender Media Trainer at JHR’s Voices for Women and Girls’ Rights Kenya project, was recognised by Kenyan news outlet Daily Nation this week. The newspaper said of Kaberia ‘she was recognised for her role in exploring cases of human trafficking, and was amongst eight winners of the awards organized by the African Women in Media (AWiM).’
Read Kaberia’s piece ‘Increasing Attacks on Journalists in Kenya Should Concern Us’ for JHR here. 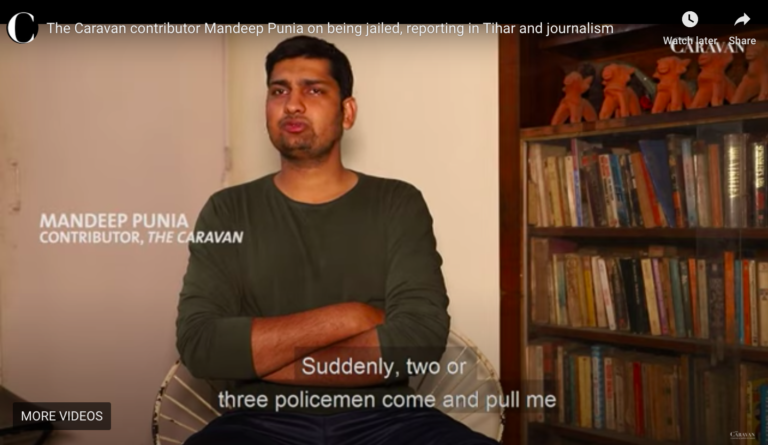 Photo Credit: Caravan Magazine YouTube
Following a series of protests against recent agriculture reform laws across India, journalist Mandeep Punia was arrested on 30 January. Punia, a regular contributor to The Caravan magazine, had posted a video on Facebook earlier that day about a group that attacked the Singhu farmers protest.
This is not an isolated event – throughout 2020, 4 of Caravan’s journalists were attacked in two separate incidents. Instances like these have contributed to India’s latest ranking of 142 according to the Reporters Without Borders’ World Press Freedom Index 2020. RSF also stated that ‘there have been constant press freedom violations, including police violence against journalists, ambushes by political activists, and reprisals instigated by criminal groups or corrupt local officials.’ JHR is monitoring the situation with mounting concern, and calls on the government in India to enforce protections for both journalists and protestors.
To read Punia’s interview following his release click here.

Journalists for Human Rights (JHR) is pleased to announce the call for submissions to the 2nd Annual Award for Outstanding Work by an Indigenous Youth Reporter. The award is supported by the RBC Foundation as part of RBC Future Launch, the bank’s 10-year, $500-million commitment to preparing Canadian youth for the jobs of tomorrow.

We wish to acknowledge the land on which the Journalists for Human Rights’ head office operates and recognize the longstanding relationships Indigenous nations have with these territories. For thousands of years it has been the traditional land of the Huron-Wendat, the Seneca, and most recently, the Mississaugas of the Credit River. Tkaronto (Toronto) is in the Dish with One Spoon Territory and is home to Indigenous peoples from many nations across Turtle Island who continue to care for this land today.
To read more on JHR’s land acknowledgement, click here.
2021-02-16T14:41:33-05:00February 9th, 2021|Newsletters|Comments Off on Feb 6 2021: #BlackHistoryMonth: Where do Black Indigenous people fit in?