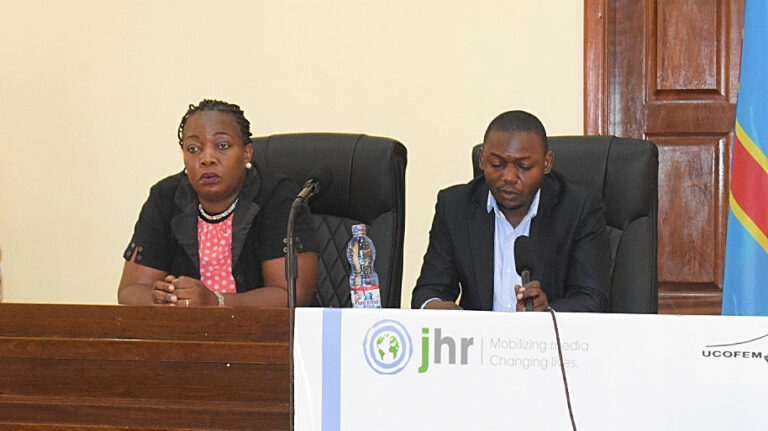 JHR’s Prince Murhala with Me Josepha Pumbulu, the representative of the DRC Minister of Justice, at the November 30 roundtable

Four national deputies in the DRC have endorsed a proposed law to exempt survivors of sexual and gender-based violence from legal fees.

The national deputies believe that the proposed law would serve as an invaluable intervention in the fight against the impunity of gender-based violence in the DRC. 11 CSOs and media were also present at the event, where they expressed their commitment to support the deputies in introducing and defending the proposed law at the parliamentary level. The event roundtable was also attended by Me Josepha Pumbulu, the representative of the Minister of Justice in the DRC.

This proposed law is the outcome of a JHR/JDH workshop, held in June 2021, where participants discussed obstacles in the access to justice for survivors of sexual violence in the DRC. High court fees was identified as a major challenge that discouraged SGBV survivors from pursuing a case against their attackers. JDH partnered with local civil society organizations to initiate a draft bill of a law that exempts survivors from court fees and the protection of witnesses and whistleblowers.

The commitment of national deputies to support this law is an important step in facilitating the adoption of a more just law for survivors of gender-based violence. 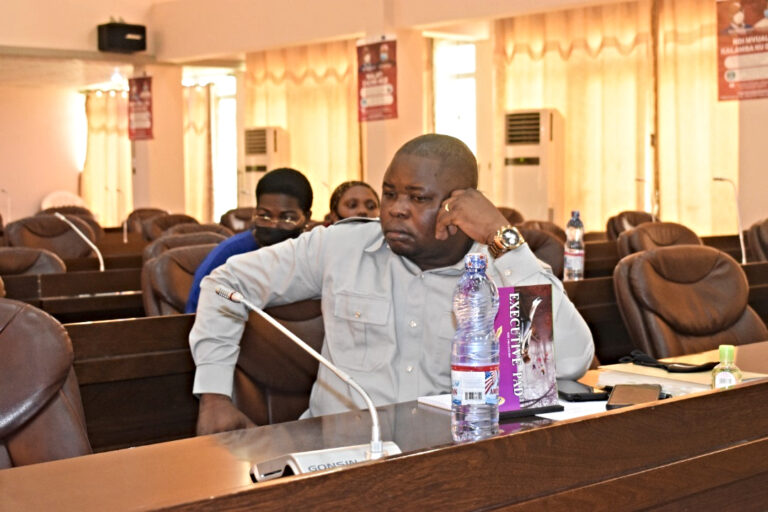